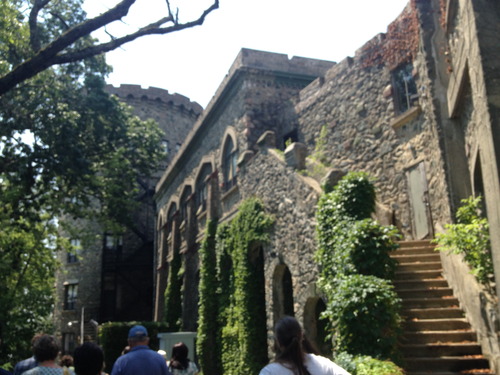 Brandeis is a much newer school than many in Boston, having been founded in 1948. I was quite impressed with the list of founders, which included Leonard Bernstein, Eleanor Roosevelt, Albert Einstein, and Louis Brandeis, the first Jewish Supreme Court Justice. Justice Brandeis was committed to equality and social justice, and these beliefs are strongly felt among students who attend Brandeis. Brandeis attracts students who want to make a difference and change the world, as evidenced by two of the top three recruiters on campus, the Peace Corps and Teach For America (Goldman Sachs is the third, which speaks to the strength of the economics department). Students are very involved in lots of diverse clubs and community service is an important activity for many students. 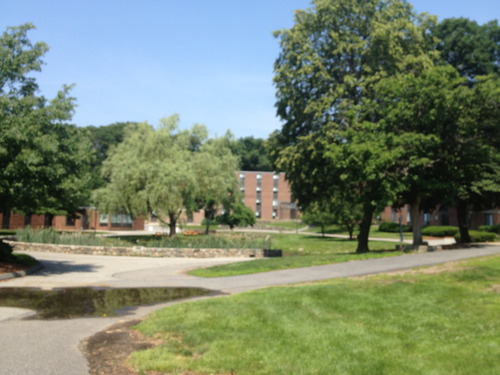 The vibe of the school seems to be one of inclusion, equality, and acceptance of different backgrounds. One example that was mentioned on the tour was that when the school was founded, three chapels were built for the three most common religious beliefs of students at that time (Catholic, Protestant, and Jewish). The chapels were built in such a way that they never cast a shadow on the others, illustrating that none is better than the other. And today, there are 18 religions represented by students and faculty on the campus – any students who don’t practice any religion are welcome and accepted as well.

There are 3,500 undergrads (and 1800 graduate students) on a campus nine miles from Boston (there’s a train station on campus that takes you into the city) so many students take advantage of the location to do internships in Boston. The majority of students either double major or do a major and minor, which speaks to students who have multiple interests they want to pursue (and I was told many students double major is quite diverse fields, not related fields). Brandeis is also a research university with a liberal arts focus, which can be an attractive combination for students seeking small class size with access to research with professors at the undergraduate level. 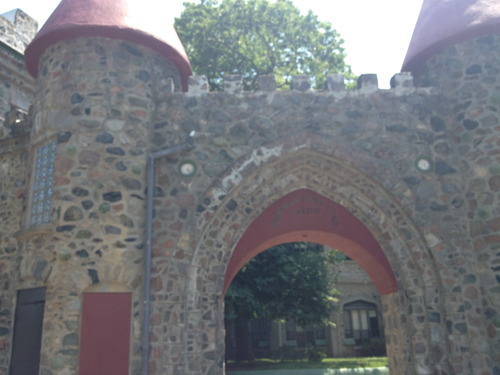 Brandeis’ career center is available to students for life, so you can always go back at any point for help writing a resume, brushing up your interview skills, and to get assistance looking for a job. Since today’s recent grads are expected to have many jobs throughout their careers, I thought this could be a real benefit to many. The admissions officer stressed that they take a holistic approach to applications, and they are looking for genuine candidates who are excited about what makes Brandeis unique. She also said they track demonstrated interest, so if you think Brandeis could be a good fit for you, make sure you are interacting with the school and letting them know about your interest.